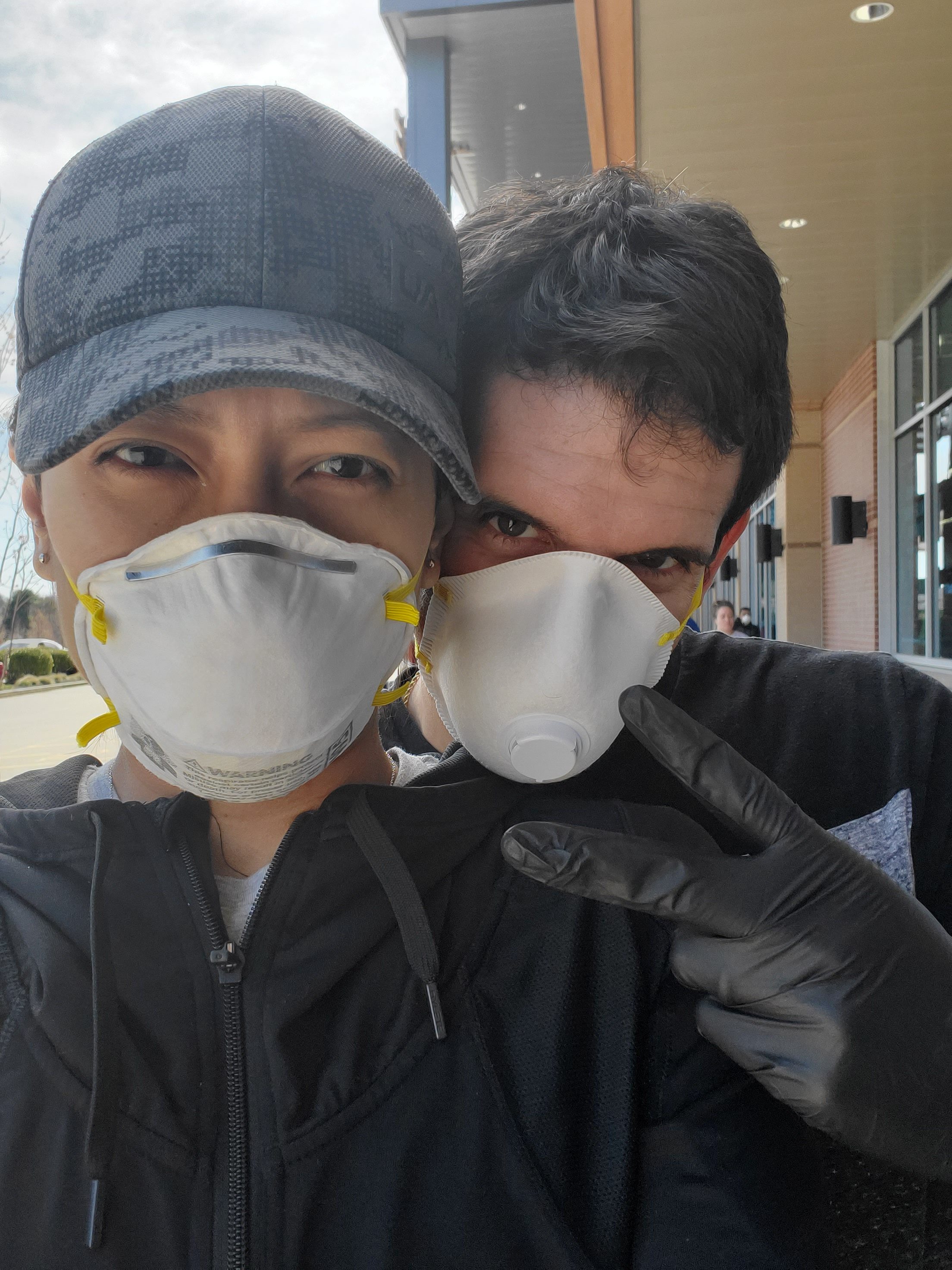 I cannot believe it has been 4 months since the Coronavirus happened.

The first few weeks being quarantined at home was ridiculously hard. We only went out to buy groceries and lines were just ridiculously long. For some reason, it is ingrained in the American’s mindset that if an apocalypse were to happen, they need to stock up on toilet papers so supermarkets were out of toilet paper for weeks. Ross was working from home and I was conducting virtual workouts almost everyday.

I still remember those early days when it wasn’t mandatory to wear a mask in public. And then CDC came around and encouraged the use of masks to limit the spread of the virus. And everyone started buying masks, and then masks became a thing. And then there was a bunch of people who refuse to wear masks because they claim it was their right to breathe. (Welcome to America.)

Because the world wasn’t so sure if the virus can actually be spread via contact with objects, and just to be safe, everyone and everything was being sanitized, over and over and over again. I believe there is still a shortage of disinfectant wipes. Haven’t been able to get those Lysol ones since March!

Since the whole world has been staying at home, people got obsessed with baking. And just for the record, as much as I love baking, I only baked once during the quarantine period and did not get into the whole sourdough/bread/bagel crazy. I am not sure if that is something I should be proud of or not. But flour was out of stock at one point in time. Absolutely ridiculous!

The world started to open up by June. And it was starting to get warmer too. I remember the first day when the temperature went above 50 degrees, we were having meals on the backyard, just because.

Restaurants were already offering take outs and deliveries but by June, shops were actually open (like you can actually walk into a store and walk around as long as you have masks on- just the thought of it blows my mind, and the thought of it blowing my mind because it used to be something so normal blows my mind even more!!!) and restaurants are allowed to have dine-in options(I can only say for Massachusetts because I live here) if they have outdoor seatings. Excited about the idea of eating at restaurants again, Ross and I ate at a Moldavan restaurant near where we used to live. We spent $90 on a 3 course meal and was upset that our pockets were empty but were definitely satisfied because 1) we were able to actually go to restaurants and 2) our stomachs were full (and I can still taste the lamb in my mouth). YUM!

States were closed during the quarantine period, so we tried our best to keep our road trips in MA, even though we were highly discouraged from traveling anywhere for leisure. But sometimes, you need to break the rules to have a bit of fun. So we had a socially distance trip with these two up to somewhere in the north of Boston, I can’t remember where but I remember it was pretty and there was a beach that was NOT closed but the parking lot was closed but because I was such a rule-obeyer, I didn’t want to stay too long in case we get caught. But being outside and exploring new places, OH WHAT FUN! I miss traveling terribly.

Talking about traveling, it has been 14 months now since I have not left the country. This is definitely the longest I’ve ever been in one country since being an adult. I don’t remember being in the same country for more than 3 months and now, this is my 14 month in America. Ross said that America is huge and different states feel like different countries and I think he doesn’t know what he’s saying. I agree that America is totally different in various parts of the country but it is such an American mindset to be saying that traveling to another state feels like traveling out of the country. (For the record, I have absolutely nothing against Americans. I love my American friends and husband and family. Sometimes, I must admit, I can’t stand some of the weird things American say like, “(wearing a mask) is throwing God’s wonderful breathing system out the door.” I cringe.)

Although, we did sneaked out of the state once to celebrate Ross’ birthday to step into New York. We were 5mins from the border of MA and NY. How fun. But we did a fair share of traveling, I must say. We went to Scranton, PA, where The Office (US) is supposed to be based. And then headed down to York, PA, where Ross grew up. Went to the Amish county in Lancaster and ate pretzels. Went to Philly to visit a Japanese Garden (don’t ask). And because we couldn’t travel to Spain for our honeymoon, we went to Cali to visit Uncle Nick and Tante Zee in Newport Beach.

Oh, and gyms are open again, too! Worked at OTF Belmont for two weeks before we had to move out of Boston. Oh, how I miss screaming at people to make them run faster!!! Got a position as a coach at OTF Hadley, loving it here. Still get to scream at people to run faster- luvvit.

When CRI opened its doors, I went down in a single scull like twice, thinking that maybe I’ll fall in love with the sport again. Nope, didn’t happen. Now, I find rowing being a very time-consuming sport. You spend at least 20mins preparing the boat before you even get to step into the boat, and then spend another 20mins after your row to wash and put away the equipment. I could have spent that 40mins running. Maybe one day I’ll love the sport again. One day.

But I started coaching again and absolutely loved it because everyone was in single sculls and now they know how hard the sport is. Even those who have rowed in a crew boat for years have underestimated the amount of effort needed to move the shell. I hope they now appreciate the sport and respect the single scullers even more (not that we needed any more than we already deserve- haha!). But still, BOW DOWN TO US, you mere rowers.

Now, we wear masks everywhere we go. I still run with a mask so that people don’t give me an ugly look if they catch me running without a mask (not that I can see their ugly look but you can see it in their eyes, you know?). Masks are mandatory in shops and public spaces. You still have to keep a distance away from others. I haven’t hugged anyone else other than Ross in months (HOW CRAZY IS THAT??). One of the coaches reached out his fist for a fist bump the other day and I was like, OMG WHAT IS THIS THING HOW DO YOU EVEN DO THIS? It felt good.

We have definitely taken touch for granted. And many other things too like traveling, toilet papers, disinfectant wipes, flour and your fave coach in the gym. Now you know how hard it is to motivate yourself to workout without having your Orangetheory Fitness coach screaming at you to go faster and harder on that treadmill. Now, what are you waiting for? Sign up for your next class already.