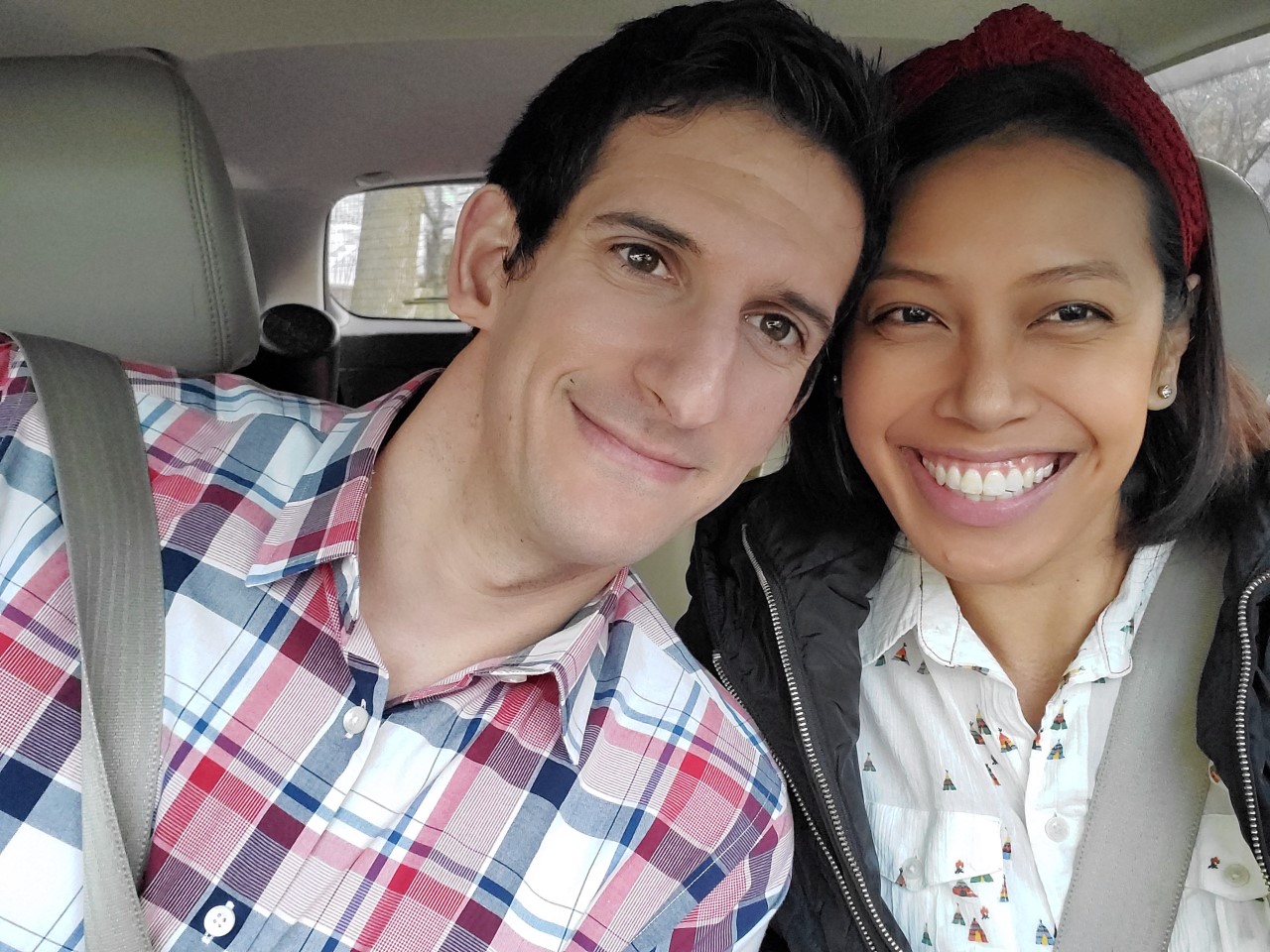 Like how the Fiancé Visa interview at the American Embassy went in Singapore in June 2018, I found reading up about what exactly goes on at the interview really useful. So I was looking for recollections of couple’s interview processes online but they varied from really fast and easy processes to one that ended with the couple having to go for another interview cuz the husband didn’t know how many tattoos the wife had. It made me realise that reading up about stuff can be good because it gave you an idea of what to expect but reading too much can be pretty scary too because it makes you feel like you need to know every single thing about your partner. So I was grilling Ross on questions like what’s his favourite colour and what about me that irks him to try and know every single thing in his head. It came to a point where he was tired and pissed and got into fights because I wanted to be 100% prepared and not leave any stones unturned. Funny thing about this Fiancé and Green Card process is that they are so emotionally-draining and long that they really test your relationship with your partner. As hard as these processes were, I’m grateful that we’re going through them because I’ve learnt so much about Ross and I’m sure he’s learnt a lot about me.

We submitted our applications via our lawyer at the end of September. We expected the interview to be 6-9 months after the submission of the documents but we received notice for the interview only 4 months later. Even our lawyer said that it was a record for her company to receive an interview notice that early.

We had to collect all the documents to prove that our relationship is legit- joint back accounts, rental agreements, flight itineraries, photos (LOTS OF PHOTOS), wedding itinerary, WhatsApp conversations with Ross’ mum regarding the planning of the wedding, guest list, etc. Ross always said that we’re lucky I take a lot of photos and that I have a name on the internet, which honestly, helped a whole lot in this process. We also told our friends that USCIS probably has tabs on them because of all the photos of them we submitted to prove that we actually have a normal life with mutual friends.

Interview was at 2:30pm, we were told not to come any earlier than 30mins before the interview so we arrived at 2pm. After registering our names, we waited for less than 30mins before we were called and brought into an office. A lady pulled out a thick file filled with my application forms and supporting documents and Ross asked if that’s normal to have such a huge file. The lady said, sometimes application comes in BOXES.

So she started off by asking how we met and we had to tell the whole story again and funny thing was, WE DID NOT PREPARE FOR THIS QUESTION. I mean like, we know it at the top of our heads so we thought we could answer this easily but the next few questions were challenging like, where did we go after we first met. We went to several countries a few weeks after we met- we remembered there was NYC, Nice, Paris, I went to Montreal, he went to Israel. I went back to Singapore, he went back to Boston. And I have no idea when I came back to Boston but I know I did so we don’t have exact dates and we definitely came unprepared. Also, I met Ross through Tinder and she asked why was I on Tinder. I said with all honesty that I wanted a tour guide of Boston but she wasn’t convinced. True story.

She also asked about the proposal, what, when, how it happened, which was pretty easy because it was a memorable day for both of us and it happened in the most random Japanese garden in the middle of Tokyo and we didn’t had any photos of him on one knee or videos of me repeating to Ross, “you’re crazy” before saying Yes (if I did actually said Yes cuz I honestly can’t remember).

It was a very casual conversation with the lady. At the back of my head, I had to keep reminding myself that this is a GC interview because honestly other than being questioned about my personal choices in life, it felt like a normal conversation. There were some moments where she slipped in very super casually questions like, “have you been working in the US?” in between the other questions but I had nothing to hide- I have not been earning since I left my work in Singapore in May 2018.

She asked if Ross has ever been to Singapore and he answered twice. Once to meet my parents and to ask them for permission to marry me and the next to meet my friends and family before we got married. Somehow, the story of how Ross went for a run-swim-run race 12hours after he landed in Singapore came up and of course, the recollection of the miserable day when I Did Not Finish the race came up. Ross enjoy talking so he went on and on about how he saved my life. He had to squeeze that info in there.

At the end of the series of invading questions, the lady asked for any documents that can prove that Ross and I have a legit relationship and I passed to her everything that I have brought along. She didn’t want the Wedding cards given by guests (phew) but took everything else including the wedding photos that I had intended to frame up on the wall.

She ended the interview by saying that I should expect the Green Card to be mailed to me by next week or so.

We left the office trying our best to contain our excitement and I teared up. There was no jumping in joy or screams of happiness. It has been such an emotionally challenging few weeks leading up to the interview because I WAS SO FREAKING NERVOUS that at the end of it, I was just relieved. While preparing for the interview, I knew that I had to prepare for the worst, I was even looking at things like, “what happens if my GC gets denied?” and had plans of coming back to Singapore and find ways on how to get Ross a job there if things didn’t go well.

Honestly, I was just so tired from all the mental preparations that after the interview, all I wanted to do was to go home and lie down in bed.

We had burritos and bubble tea before we headed back home because we hardly had breakfast or lunch cuz both of us were nervous as hell and had no appetite to eat. I kept telling myself that the last time something as important as this happened was the qualifications race to the Olympics. It was a good reminder that some things are beyond my control and I should only focus on the things I can control. Like my breathing. (Omg, I’m such an athlete.)

That’s it I guess, last waiting game before another series of nightmare comes along- applying for the social security number, driving license, jobs, and starting life from scratch again. Oh Ross, the things I do for you.