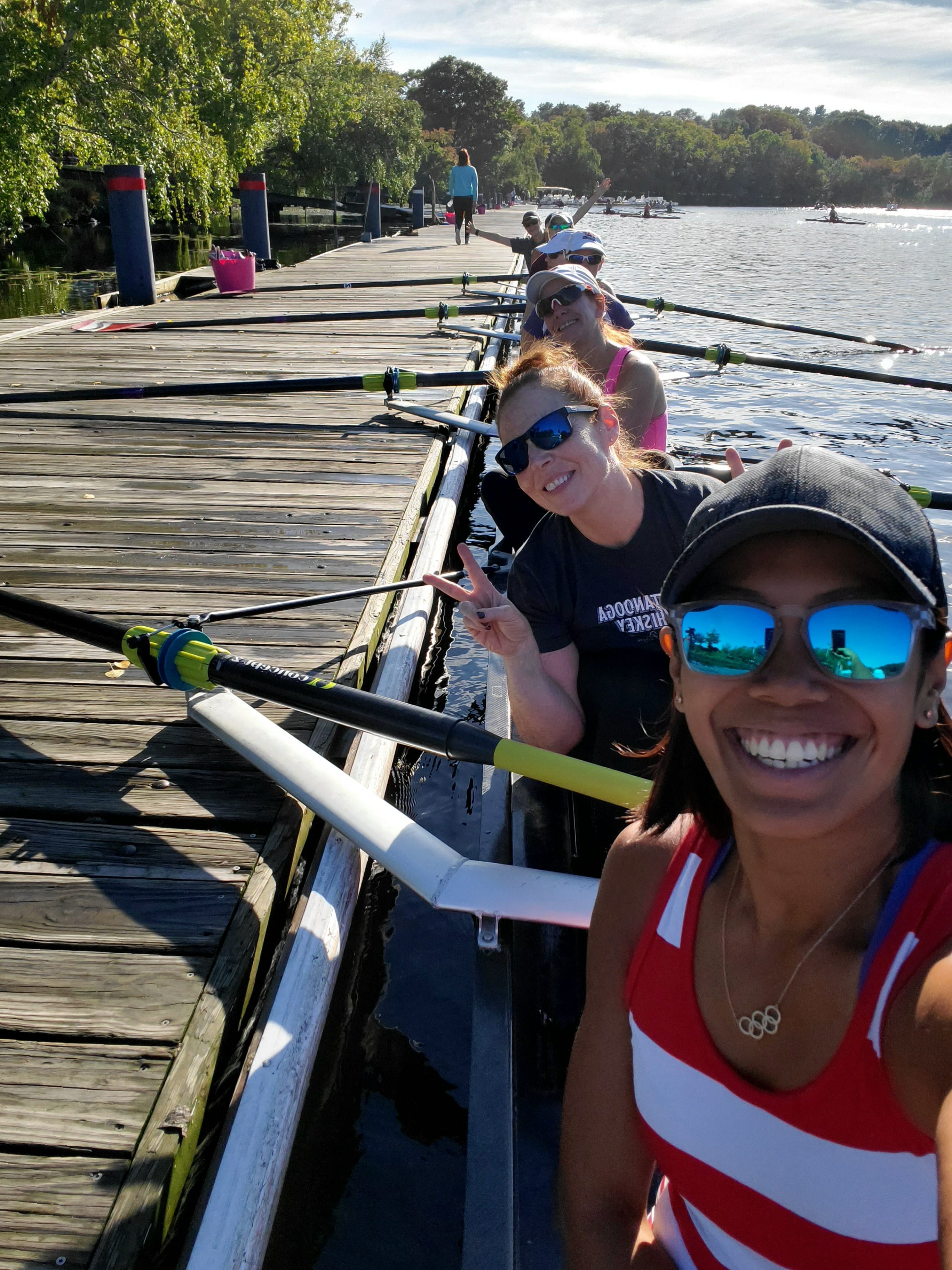 CRI organised a Women’s Day today and it was a beautiful day and there were at least 70 women out there today- something like 7 8s and 2 quads, if I’m not wrong. Just massive and exciting. When I signed up to participate, I also indicated that I would like to share my story- I wrote that I am the first Singaporean rower to qualify for the Olympic Games, that it was a long, arduous journey that I went through but I made it at the end of the day, you know, the usual story Singaporeans would have heard a million times already. The problem was that, I wouldn’t think it was exciting. I thought I didn’t deserve to be speaking. So I didn’t prepared for it and even told the organiser that I don’t know if I want to do it.

I don’t know what made me think that my story isn’t amazing. Maybe because in Boston, I am surrounded by over-achievers, people who are working a full-time job, earning a lot of money, have a PhD behind their names and yet multiple times Olympian and medal winner on top of all of that. To be honest, I am just a mere Olympian who barely made it. I was 7th in Asia and I took the last spot to qualify for the Games. Maybe because back in Singapore, everyone has heard of my story and are tired of it. They want a new face they want another inspiring story. I feel like a one-hit wonder. I feel like I’m a past. And here in Boston, I feel that whenever I tell someone I’m an Olympian, they ask me whether I won a medal and I don’t know why that mattered and maybe that’s why I don’t tell people that I’m an Olympian. I don’t know. My mind is just so messed up right now.

It was my teammates from the comp women team who told me that I should tell my story. Why do I not see what others see in me? Why am I so low in self-confidence? What happened to me? It is strange sitting here writing this, asking these questions to myself. I used to not be afraid of telling the world that I wanted to go to the Olympics. I was announcing my dream to the world, wearing the necklace around my neck even if I haven’t been there yet. I wasn’t afraid of what people might think. I wasn’t full of myself but I believed in myself.

Now that I’ve achieved my goal, why is it so hard for me to tell others that I am an Olympian? Ross thinks that I need to leverage on that and that should be the first thing I say. Why do I feel as though it is not that important? It was all I wanted for the past 10 years in my life. Now, it feels like it isn’t really that important. WHAT IS WRONG WITH ME?

Maybe Ross is right. Maybe I do need therapy. I mean, if I really want to be a sport psychologist one day, I need to know what my patients are going through. Some of them may be in denial (like me). It’s not a priority considering I have exams and school and coaching and wedding plans in my head right now but I just thought it was a wasted opportunity to “sell myself” and my message to the amazing ladies at the event earlier today.

There’s a lot that I can do for the community here and if I don’t see the value that I can add, I won’t ever be able to create an impact. And if I don’t create an impact and make the world a better place, what’s the point of living? HAHA, I know it’s super intense but doesn’t every one have crazy goals like that? There’s a lot that I need to work on myself. Not everyone is comfortable with saying this but I need therapy. I need help. I really want to be the confident Aisyah who I was when I was out there on the water. This will be my goal for the rest of the year. To find myself again. And like REALLY DIG DEEP and find Aisyah.