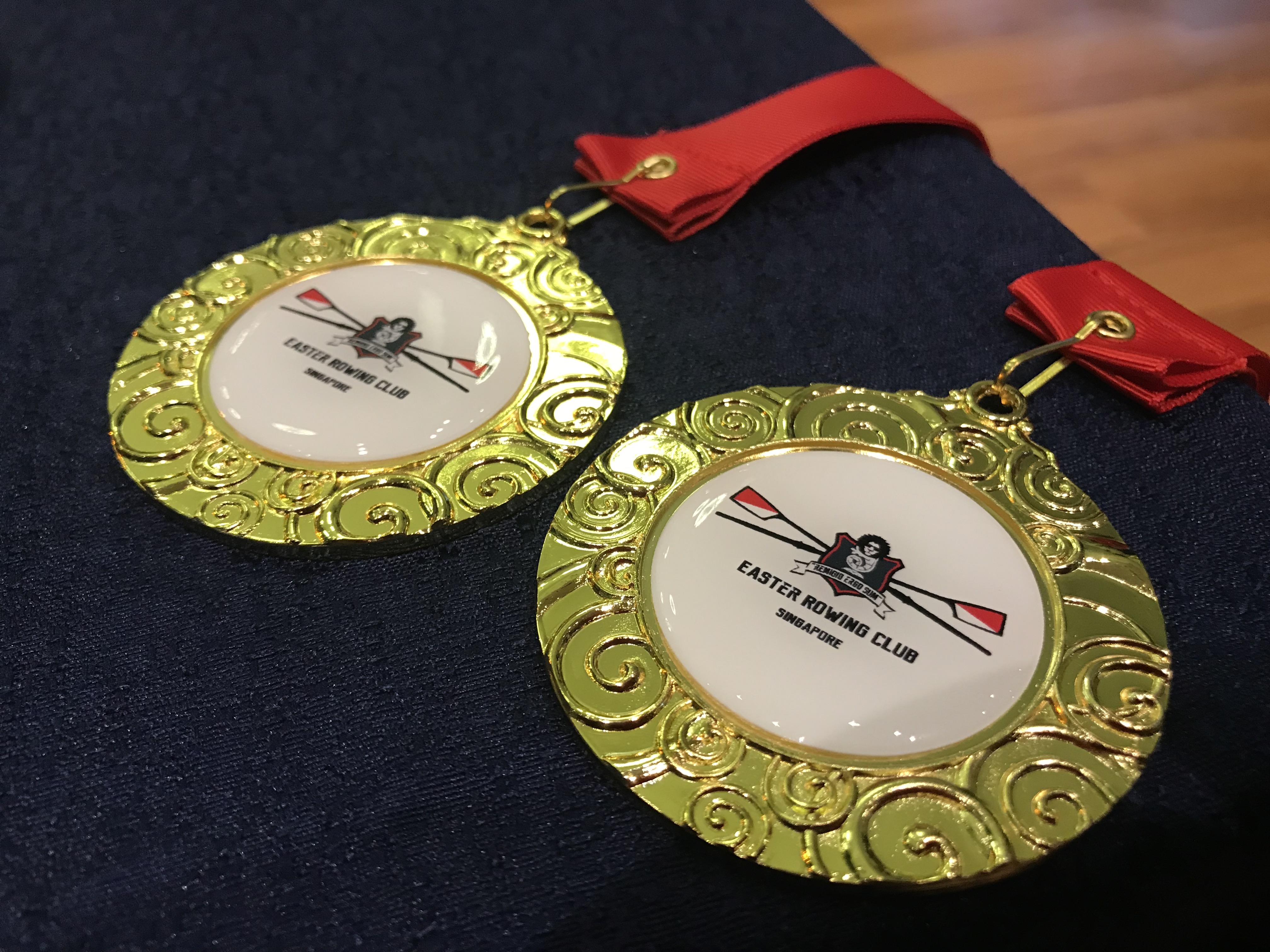 I’ve been back in Singapore for about 2 weeks now. I must say that the first week back was pretty rough. I was constantly tired, falling asleep at 7pm, often missing dinner because I was just way too tired to eat, tossing and turning in bed and waking up at almost every hour. I woke up at 3am about 3 or 4 nights and simply couldn’t go back to bed so I ended up just staying awake. Thus, the 7pm bedtime. It was awful. I know I usually get pretty terrible jet lags but it doesn’t ever get easier, does it?

On top of it all, I kinda feel like a teenage girl missing her long-term boyfriend. I often have to remind myself that I will be meeting him soon and that it will be okay but the days seem to creep by ever so slowly. I can safely say that long distance relationship, like jet lag, never gets easier with experience. You just gotta learn how to deal with it.

Although I was practically dragging my feet through the days, I told myself that I needed to get training done. I had a rowing race to prepare for and I had a week to do it. Easter Rowing Club organised a 3-way regatta together with Shanghai Rowing Club and the Royal Hong Kong Yacht Club last weekend and I offered to volunteer but the club president said, you’re rowing. The last time I raced in a single scull was September 2016. I told him to pray for some miracle to happen in a week.

Being awake at odd hours in the mornings meant that I had no problem getting out of bed for early morning rows. It’s just that in Boston, I’ve been so pampered with the luxury of having Ross’ car to drive around that commuting in Singapore seemed like a chore. I sucked it up and spent an hour and a half to commute to the rowing centre each morning. I managed to squeeze in 4 rows in the week. Considering that I hardly have any new blisters on my hands, I am pretty impressed with myself.

The winds that regatta weekend wasn’t forgiving at all. To be honest, I have a feeling that it is a Pandan curse. Each time a regatta is held on that reservoir, the weather is always bad or water conditions not optimal. Interesting. 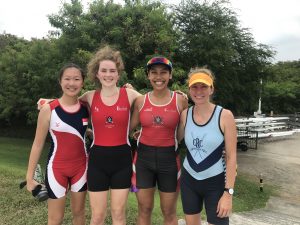 I was put in a scratch crew quad with 3 other rowers I’ve not met before. 2 were juniors and one, a day from Kuala Lumpur Rowing Club. I decided to sit on bow because I assumed none of them knew Pandan water better than I do. It was a good call. We were up against boats that have actually been training together. It caught me by surprise that we won. It kinda felt pretty good.

One of the most experienced rowers capsized twice and when it came to my turn to race, I was actually terrified. But I told myself that I have nothing to lose and that there’s absolutely no expectations because I just got back on the boat last week. My opponent was a 2017 Masters World Champ who is currently training for this year’s masters regatta. No pressure.

I haven’t done a start for a very long time, I didn’t do any starts for warm up too because it was just way too choppy. I kinda just went off when Raihan (the official for the day) said go. I kept reminding myself that it wasn’t as bad as Rio and if anything happens, falling in isn’t really the worst thing that can happen. Next thing I knew, I was taking the lead and all I had to do was to stay there.

It was just a fun race, to be honest, but when I crossed that finish line, with my arms sore (instead of my legs because I was holding on the the handles for dear life), I thought, I FKN MISS THIS. Not the fact that my arms were sore but just the feeling of racing. The winning part is always a bonus but I MISS RACING.

Am I going to make a comeback? Probably not. I have other priorities in my life right now. I have my masters hopefully coming up this year, I’m working on a PT cert, becoming a better rowing coach, I have the visa to sort out, setting up some athlete support groups which I’ve been procrastinating for months and relaunching my podcast. There’s already plenty on my plate. I don’t envy the rowers training their asses off on a daily basis, I don’t miss them having to leave behind their lives for training camps. I’m grateful that I am still training at my own pace, trying to find a sport that I can be good at, maybe do a race or two this year. Win some more medals, surprise myself a little. But otherwise, I’ve learnt to say no to some things and as hard as it is, sometimes, it feels good. It feels good to know that I have said no and that its okay. And life still goes on and that at the end of the day, even if I don’t see it now, I’m going to be awesome, like I’m meant to be.

So no. I don’t need rowing to be awesome. I think it’s time I be awesome in other areas in life. Like being an awesome fiancee.

I know. I cringe at the way I am head over heels over this guy sometimes but then again, this is exactly how he makes me feel. xx 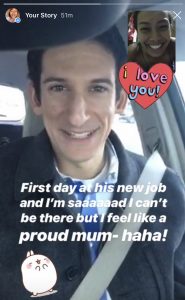