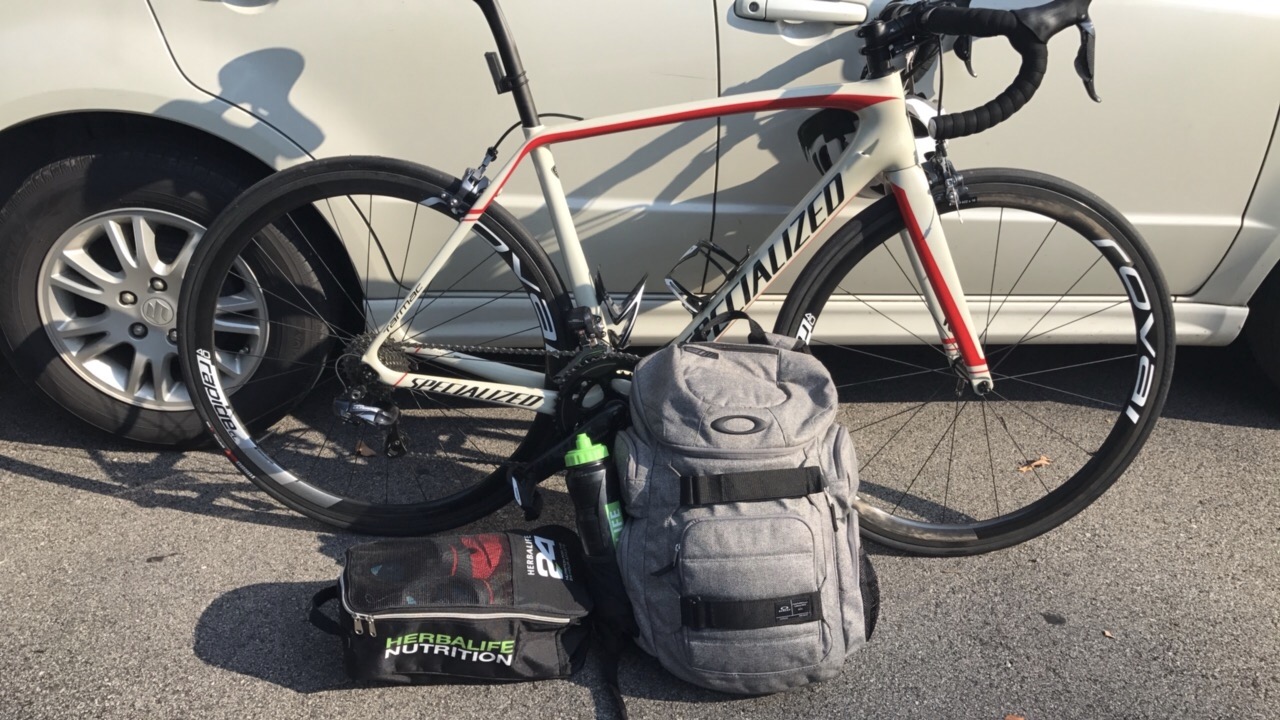 I had my first experience on doing some brick workouts today.

This is what I love about trying out a new sport- everything happens to be my first! Had my first open water swim a few weeks ago, now this. And to think of it, I’ve been an athlete for like more than 13 years now (if you include my netball years, that would be a total of 19 years as a competitive athlete) but there is still so much to learn about sports.

So to prepare the noobs (like me) for the upcoming triathlon race, the race organizers have worked with Tri Edge, a group that trains people who are serious about this tri thing, to conduct a multi-sport simulation clinic, for us to experience what it feels like to do all 3 sports in one day. The clinic was held in Sentosa at Tanjong Beach, and I would have expected Sentosa to be cleaner but no, it was gross. Not only was it not cleaner than East Coast, the entrance for a car into Sentosa was freaking $7. Triathlon, they say, is an expensive sport. I cannot agree more.

The clinic gave us some tips on how to set up the bike and other stuff in the transition zone, which was heaps useful because I really had no clue about all these details. They made us do some cycling-running sets as well and we were supposed to go at a moderate pace but knowing me, I was out to win it. HAHAHAHAHAHA. There was this guy who was really fast on the bike because there were lots of turns and initially I was scared of going round the corners fast but soon I was like NO WAY AM I GOING TO LET YOU WIN DUDE. So I beat him on the run and finished first like as though it was the SEA Games finals. HAHAHA.

But the bike-run transition was bloody hard. They call it the brick workouts and they’re not kidding when they said that your legs will feel like bricks. MasyaAllah!

During the simulation, when it hit me that I’m not even covering 1/10th of the distance that I was going to complete for the real race and I was already dying, I questioned myself, “Why did I put myself in this position? WHY?” I have to admit, it does help a lot knowing that I am an athlete and I do have a good base for endurance and probably higher tolerance for pain but still, I could be well lying on a hammock right now in the middle of Maldives, and swimming in the clean and clear waters of Bali, but I choose to put myself through this.

Life has this weird way of making you choose the harder option and convincing your brain into telling you that THIS WILL MAKE YOU A BETTER PERSON.

The coaches from Tri-Edge were awesome. They told me about a Kiwi rower who was “too small” for rowing and became an Olympic medallist in Triathlon. #idea? LOL.

I miss rowing, tbh. I’ll be back on the boat soon, I promise.

But all in all, I am excited about the race. Let’s go!