Posted at 08:46h in Blog by Aisyah Gala 0 Comments
Share

Here’s an update my tri progress.

So it’s been a week since I decided to join my first triathlon. It’s going to be a sprint distance which involves 750m of swimming, 20km of cycling and 5km of running. As much as me and the bike don’t get along, I am most worried about the swimming leg of the race because well, I’ve never done a long-distance swim before. I know you might be sneering at my perception of “long distance” when I mention 750m but before last week, I could hardly swim freestyle.

But of course saying that I did a non-stop swim for 75m did not mean I only swam 75m. Based on some online resources, a swim training for a beginner who’s doing  sprint triathlon should be covering at lest 1.4km on each session. HAHA. I’ve been doing 1k each swim and whenever I lie on my bed each night after a swim session, I feel like I don’t ever wanna get out of it.

Fitness First Singapore has teamed up with the Singapore National Olympic Council to give every Singaporean Olympian a 3-year membership to any of their gyms all over the world. I think thats a pretty good deal. I was involved in the partnership launch yesterday and was so honored to meet Olympians like Syed Kadir and a basketballer and hockey player from the 1956 Melbourne Olympics. The gym membership may not make much sense to them but it was such an amazing experience to meet them! Being in the same room with these people made me wonder what I’ll be like when I’m 90.
I don’t even know what I’ll be like when I’m 30 (OMG THAT IS IN 9 MONTHS!).

Maybe this will be the start to more companies coming forward to form partnerships with Singapore Olympians. I bet the majority of Singaporeans don’t even know that we have a Singapore Olympians Association (to be honest, I don’t even know until I became a member last year). I think more needs to be done for people who have given their heart and soul to the nation. And you might be surprised at how much more we can actually give back to the people.

Oh and btw, there is no such thing as a former Olympian. :p
#lifeasanolympian 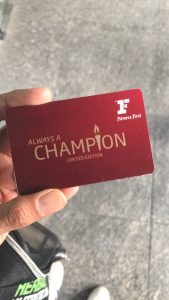 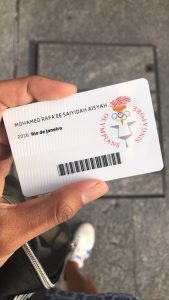