In the spirit of Ramadan

29 Jun In the spirit of Ramadan

Posted at 11:40h in Blog by Aisyah Gala 0 Comments
Share 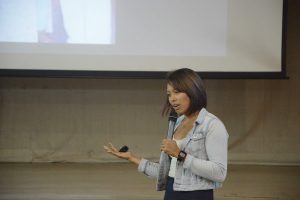 The fasting month has come and gone. If you didn’t know, all the Muslims around the world had to fast from all food and drinks from dawn till dusk for a whole month. It began on 26 May and ended on 24 June, which was the eve of Hari Raya. Apart from not consuming any food or drinks, we are also encouraged to watch our thoughts, words and actions. Cursing and swearing, judging and talking behind backs are looked down upon. So in other words, you think and act like a saint for a whole month.
Unfortunately, it is one of those things in life where it doesn’t get easier as you grow older.
Apart from the immense hunger and thirst and the lack of energy to do anything for the rest of the day, Ramadan is a month in which giving is highly encouraged. It is said that when you perform a good deed in this holy month, your deeds will multiply. Muslims usually take advantage of this month to perform more prayers, donate more, and if there is an opportunity to, feed the poor and needy.
—
I told my manager, Karl, that I wanted to break my fast this Ramadhan with a home so he got me contacts to the Singapore Girls’ Home. The home hoped that I could share a story or two before iftar which I gladly agreed to. 4Fingers was the kind sponsor for iftar that night. We had the BFF Burger and fries (always grateful to be part of the amazing 4Fingers family).
It was an eye-opening experience for me being in that home. Partly because I realized how I’ve always been in a sheltered environment, I wasn’t sure if it was by luck or by choice. It was so heartbreaking to see almost all the girls in there feeling trapped and having no hope. I wish I could change the way they look at their time spent in that home as an opportunity to learn and grow as much as they can before they’re released into the cruel world. I wanted them to realize that there is hope as long as you believe in it. But saying is of course not enough. I may go around the world telling my stories, sharing my experience, but at the end of the day, it is up to the listener to take actions into their own hands.
I shared with them a part of my life that I usually don’t share with people. It wasn’t something I was ashamed of, it was just something I don’t often talk about. I gave the girls an insight on the situation I grew up in. I wouldn’t say I had a terrible childhood, but I was definitely scarred from the experiences I had as a child. This, I released, hit home for many of them because they did not expect me to come from what society would consider a “dysfunctional” family. It was nice to know that when you open up about your life to a group of complete strangers, in return, they trust you with their stories. I’ve learnt a lot from listening to what the girls had to share with me.
It was such a beautiful experience at the girls’ home. I had some of my girl friends over as well and they enjoyed hanging out with the girls as much as I did. I told Karl I would love to do more of this. I think we have been too obsessed in our own little bubbles that we forget that true happiness is achieved if we give, instead of take. We need to do more giving, it doesn’t have to be something big or it doesn’t necessarily have to be in terms of money. You don’t need to have an agenda to change the world. Going home that night after the iftar with the girls, knowing that some of them had their first experience eating a 4Fingers burger, made me so happy. I don’t leave with the expectation that they would be motivated to change their lives that very night but I always give my talks and share my stories with the expectation that everyone enjoys themselves.
The most beautiful thing you can offer to someone is your time, because it is something that you can never earn back.
x